Mark has lived almost all of his life in Rugby and is the eldest of six brothers. He grew up in Binley Woods where he attended the local primary school, before going to Lawrence Sheriff School in Rugby and later Reading University where he obtained a degree in Estate Management.

Initially working in London, firstly as a trainee Chartered Surveyor and later as an Account Manager. In 1982, Mark returned to Rugby and set up his own business with his brother, Mike, supplying a range of products to the catering trade. The business was sold in 2008, enabling Mark to concentrate all of his efforts on winning the Rugby seat for the Conservatives.

Mark is married to Tracy and they have lived in the village of Grandborough, close to Rugby, for many years. They have four children: Victoria, Will; Tom and Sara. Mark and Tracy have an active involvement at events and functions throughout the Rugby constituency. Mark is a former Rugby player and supports his sons when they play and enjoys watching England whenever he can.

Mark tries to keep fit by getting to the gym at Junction 1 Retail Park at least once a week and occasionally running and cycling. Mark and Tracy enjoy their garden and have recently created a woodland area, aiming to replenish some of Warwickshire's traditional tree varieties.

Mark's business career involved him working in every department in his company. He has prepared budgets and marketing plans, arranged funding from banks and recruited staff. He knows what it is like to have to make sure funds are in the bank account to meet the monthly wages bill and is a strong supporter of the wealth creating sector of the economy.

Mark served as a Councillor at Rugby Borough Council between 2002 and 2007 and was the Portfolio holder for Housing and Affordable Homes. He has a particular interest in the built environment, planning and land use issues.

Mark is an active campaigner and was a leading voice in the Anti Rugby Airport Committee which successfully opposed Government plans for a massive new airport at Church Lawford.

At the 2005 General Election, Mark was the Conservative candidate in the neighbouring seat of Nuneaton.

At the 2010 General Election, Mark Pawsey achieved a swing of nearly 9% to the Conservatives and was elected as the Conservative Member of Parliament for the Rugby constituency with a majority of exactly 6,000.

Mark represented some 70,000 electors in the constituency which includes the urban area of Rugby and its surrounding villages of Ansty, Binley Woods, Brandon, Brinklow, Church Lawford, Clifton, Long Lawford, Monks Kirby, Pailton, Shilton, Wolston and Wolvey together with Bulkington in the north of the constituency.

In 2015, Mark was re-elected to Parliament with an increased majority of 10,345. He was the Parliamentary Private Secretary to Rt Hon Damian Green MP, Secretary of State for Work and Pensions. 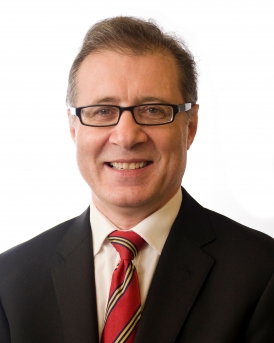