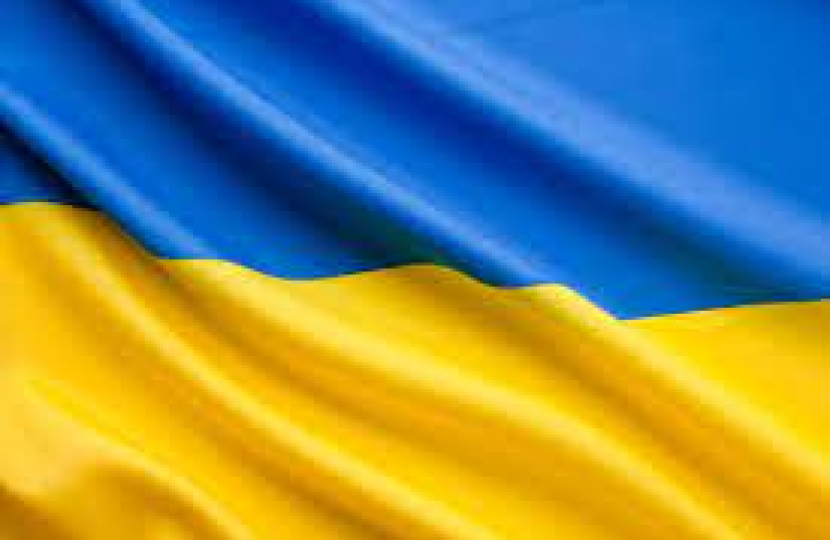 The Mayor of Rugby Cllr Mrs Deepah Brojomohun-Roberts has sent a letter of support to Mayor Vitali Klitschko, Mayor of Kyiv, following Russia’s invasion of Ukraine. The letter highlights Rugby's support of Ukraine as a sovereign, self-governing state and expresses a wish that the nation would experience peace soon.

Rugby Borough Council's Group Leaders have issued a joint statement expressing shock and condemnation of Russia's invasion, describing it as an attack on democracy and freedom.

The national flag of Ukraine which has equally sized horizontal bands of blue and yellow is now flying above the town hall with the St. Georges and Union flags as a sign of unity.

Residents who wish to support Ukrainians affected by the invasion can find details and links here.