Seb became a Councillor for Coton and Boughton Ward in 2017 and works in the construction industry, which, given the development currently ongoing on both Coton and Eden Parks, is incredibly useful in understanding how these businesses operate. He has been heavily involved in the Protocol to deal with unauthorised encampments on developer land, chairing the first meeting on the group that put this together back in August 2018 and worked closely with the different community groups, councils and the police to get the protocol in place.

Seb continues to work with fellow councillors Jill and Carolyn to secure a secondary school in the north of Rugby, which all three councillors see as a necessity going forward. As a parent of five children, including three under the age of five, nursery and school provision is a key concern for him and he is keen to see the Brownsover Community School transition into a primary school.

Welcome to the Coton and Boughton Conservatives page. 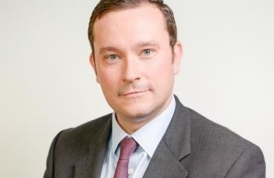