Chris Cade is a ‘Semi- retired’ former Marketeer and FMCG Business Manager who moved to Rugby in 2007.

Chris spent most of his career working in the Home Counties and also down on the South Coast between Chichester and Exeter, together with a 5 year spell working on Proposition Development at Sansbury’s Business Centre in Central London. He later spent time living & working in Portugal (2010) and Crete (2011).

Since moving to Rugby Chris has been involved with numerous community groups such as;

* Warwickshire Neighbourhood Watch Association since 2011, (Which led to a  6-month stint as NWN’s National Police Liaison Manager during 2016.

Chris has also been a Councillor representing Bilton Ward on Rugby Borough Council since 2014, and has been Chair of Licensing & Safety for the past 3 years.

Chris was proud to have been selected to be Deputy Mayor in 2020/21 until the arrangements for the Municipal Year were affected by Coronavirus.

Welcome to the Bilton Conservatives page. 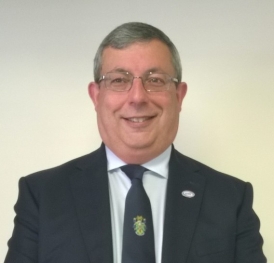