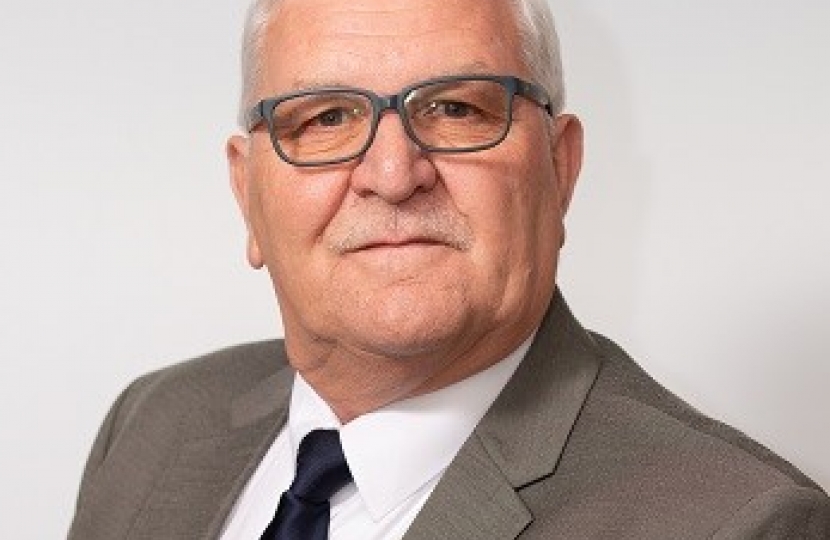 Conservative led Rugby Borough Council will light up the Town Hall in purple on Sunday to mark World Polio Day.

Rotary Great Britain and Ireland adopted the colour purple to symbolise its pledge to end polio as children have purple die painted on a finger to confirm vaccination at mass immunisation events. Purple 4 Polio events to mark World Polio Day include illuminating buildings and landmarks, planting purple crocuses and fund-raising 'fill your plate for polio' food and drink parties.

Cllr. Derek Poole, deputy leader of Rugby Borough Council, said in a recent press release, "The success of the Global Polio Eradication Initiative (GPEI) has meant the world now has a real opportunity to end polio, a public health feat only achieved once before with the mass immunisation programme which eradicated smallpox nearly half a century ago."

To find out more about the campaign to end polio and support its work, visit www.endpolio.org

Photo: Cllr. Poole, "It's vital we seize this opportunity and carry on supporting the GPEI's work, raising awareness and funds to mark World Polio Day and help the initiative achieve its ultimate aim."