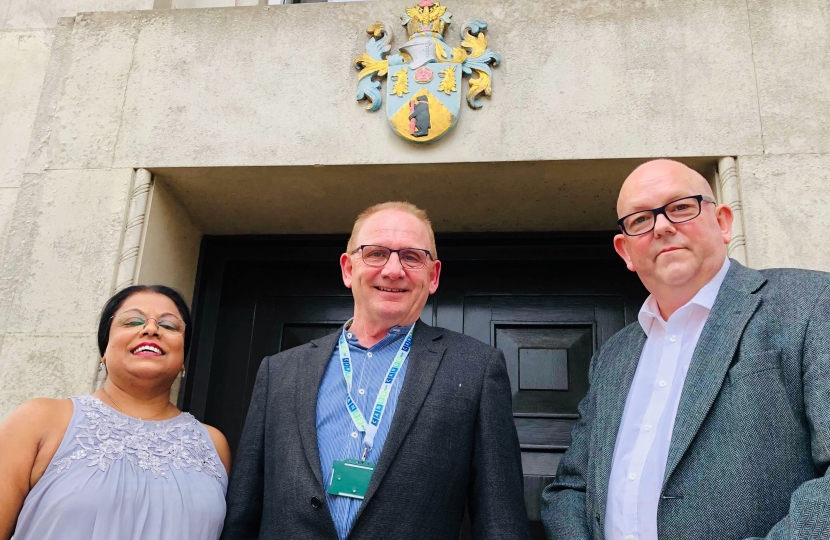 More about Dunmore's new Borough Councillor;  Peter has lived in Warwickshire for over 20 years. Married and lives in Dunchurch with their two young children who attend local schools. He served the first 10 years of his working career as an Electronics Officer in the Royal Navy. Following his navy career he entered into a electronic engineering career. He is a Fellow of the Chartered Institution of Highways & Transportation and currently owns a technology business servicing the highways and other parts of the transportation industry across the United Kingdom. During the last 7 years Peter has been heavily involved in the activities of Dunchurch Parish Council, where he served as Chairman for 5 years. In his spare time he likes to attend live theatre, walking in the countryside with his wife and children or support the numerous after-school activities that the children partake in.