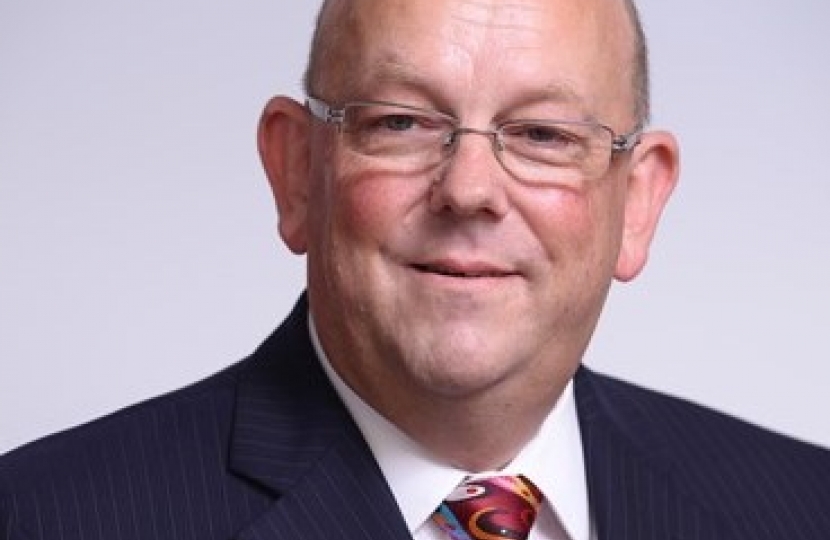 Conservative led Rugby Borough Council has announced today that work on the skatepark for Whitehall Rec has started and looks set to be completed by the end of the year.

Cllr Howard Roberts, Conservative portfolio holder for environment and public realm, said in todays press release, "A skatepark was one of the most requested facilities during the public consultation on the refurbishment of Whitehall Rec, and we've worked closely with the town's skateboarding and BMX communities to design a facility which both meets the needs of skateboarders and BMX riders, and complements the wider surroundings of the recreation ground."

Below: A 3D model of the new skatepark.

Photo: Cllr. Roberts, "Despite the many challenges the pandemic has presented this year, I'm pleased we've been able to push ahead with our programme of improvements to the borough's parks and open spaces, which includes a skatepark at Brownsover's Hollowell Way play area in the new year."

The skatepark has been funded by the council and Section 106 contributions.

A future phase of the refurbishment looks set to include the restoration of the recreation ground's historic bandstand.

For more information on the refurbishment, visit www.rugby.gov.uk/WhitehallRec

More Than 75,000 Vaccine Doses Given to Rugby Residents